Cryptocurrency, ESG, complex products, Reg BI — there’s a lot happening in the securities regulatory and enforcement world. On this episode of the inSecurities podcast, Chris, Kurt, and InvestmentNews Senior Reporter Mark Schoeff Jr. break down some of the hot topics and trends.

Mark Schoeff Jr. is a senior reporter at InvestmentNews. Based in Washington, D.C., he covers legislation and regulations affecting retail investment advisers and brokers. Prior to joining InvestmentNews in 2010, he wrote about employment and labor law for Workforce Management, a magazine that was published at the time by Crain Communications. He is a member of the National Press Club board. Before migrating to the editorial side of the journalism ecosystem, he served as press secretary for the late Sen. Richard Lugar of Indiana and as director of external relations for the Center for Strategic and International Studies, a think tank in Washington. In a region where people keep their hometown loyalties intact, he has lived in the Washington area long enough to become an actual fan of the Nationals, Wizards, Capitals and the Washington Football Team. He earned a bachelor’s degree from Purdue University and a master’s degree from George Mason University. 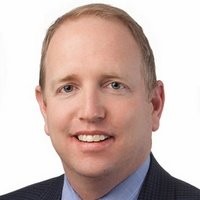